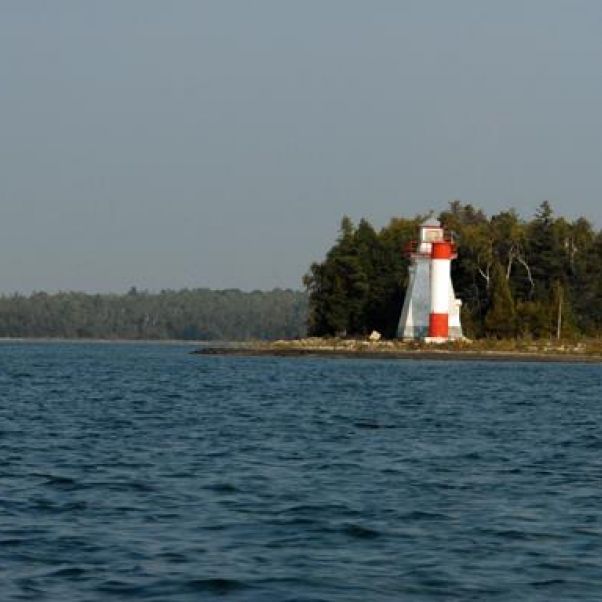 Boaters in Stokes Bay, Lyal, and knife island all use the lighthouse still today for marine navigation in what can be considered a very difficult harbour but one that should be explored by mariners. In 1885, a 16 metre (50 foot) wooden lighthouse was erected on the west shore of Lyal Island to protect incoming fishermen and boaters. The light was eventually automated in 1959 and replaced by the present-day steel navigational tower.

The Lightkeepers group is called BPLA, Bruce Peninsula Lightkeepers Association, but they really only deal with Knife Island Lighthouse.  They were hoping to look after the Irish Harbor lighthouse as well, which has now been taken down, unfortunately. It was the rear range light for Stokes Bay, and Knife Island Lighthouse is the front range light. Stokes Bay has also lost the main light station on Lyal Island, which was burnt in the 60s before anyone thought about saving our lighthouses. These three lights together were the navigational aids to come in safely to the bay, in the days when Stokes Bay was a major shipping destination on the Peninsula.