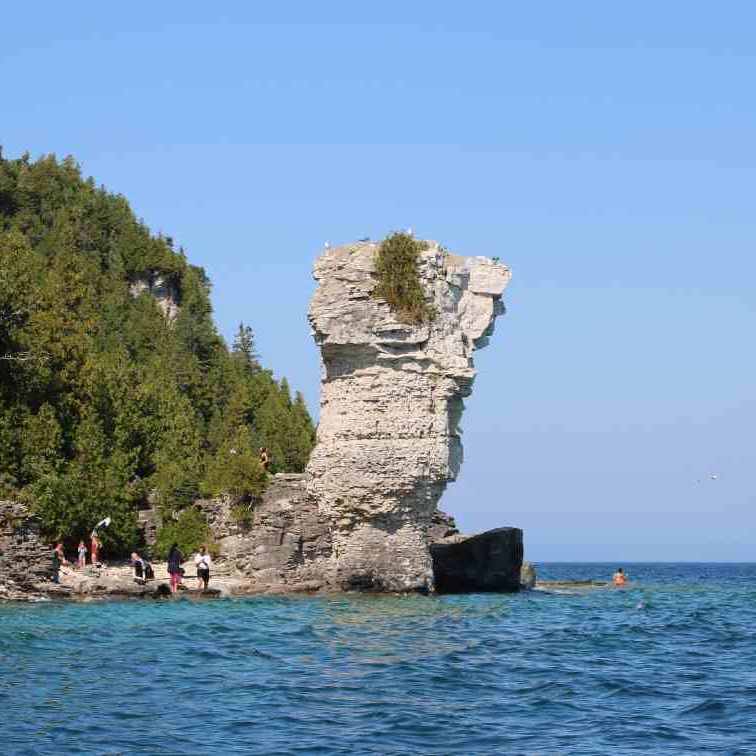 There are 20 islands in the park, where rare ferns and orchids can be found, as well as some of the oldest forests in eastern Canada.

Fathom Five also has 22 historic shipwrecks protected in the area, which makes it a world-famous scuba-diving site. The many shipwrecks make the park a popular scuba diving destination, and glass-bottom boat tours leave Tobermory regularly, allowing tourists to see the shipwrecks without having to get wet.

Fathom Five also contains numerous islands, notably Flowerpot Island, which has rough camping facilities, marked trails, and its namesake flowerpots, outlying stacks of escarpment cliff that stand a short distance from the island, most with vegetation (including trees) still growing on them.

Established on 20 July 1987, the park represented a pioneering departure for the national park system, which had centered on land-based conservation until then. Its designation as a National Marine Park foresaw the creation of others, though nomenclature for such units would morph into National Marine Conservation Areas, leaving Fathom Five as the only National Marine Park. Despite its unique name, it is categorized as an NMCA and is deemed the first one in the country.

Visit Divers Den to snorkel or dive the shipwrecks.